On Sunday, April 29, Friends of Trees volunteer leaders and staff gathered at our office for our annual end-of-season Volunteer Potluck & Awards celebration. Staff members gathered with crew leaders, neighborhood coordinators, and office volunteers to celebrate one another, as well as the completion of a very successful planting season.

In addition to enjoying a wide array of tasty foods and beverages, we had raffle giveaways, tree games, the ever-popular four square game, and, of course, our volunteer awards ceremony.

We unveiled a brand new award this season called The Conan Award. It was created to recognize those crew leaders who lead crews for the Neighborhood Trees and Green Space Initiative programs and who set themselves apart from this exclusive group with their leadership skills and sustained dedication. Named in honor of Conan Harmon-Walker, a leader among leaders at Friends of Trees.

Here we honor our most dedicated volunteers who excelled in their roles and helped make Friends of Trees an even stronger and better organization. They deserve our sincere gratitude and appreciation for their sustained and dedicated efforts:

END_OF_DOCUMENT_TOKEN_TO_BE_REPLACED

On Wednesday, April 11, Friends of Trees helped the City of Vancouver celebrate a fun and educational Arbor Day with a special appearance by our mascot Garry Oak. Mayor Tim Leavitt accepted Vancouver’s 23rd straight Tree City USA designation from the Arbor Day Foundation, and the chair of Vancouver’s Urban Forestry Commission, Jim Wasden, presented several members of the community with a special award for making a “significant, positive impact on Vancouver’s urban forest.'” Additionally, a Zelkova tree was planted at the new City Hall by students from Hough Elementary school. 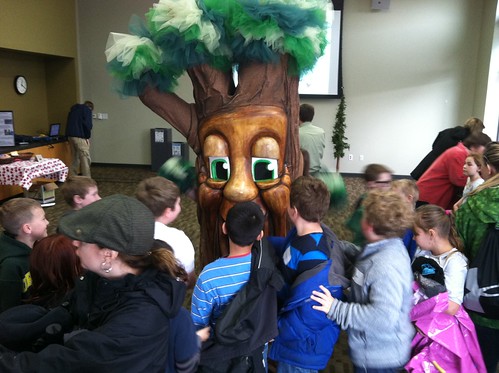 We’d like to extend our congratulations to all of the award winners, but we are especially proud that four of the recipients are longtime Friends of Trees volunteers:

END_OF_DOCUMENT_TOKEN_TO_BE_REPLACED

The type of shade we like to throw! Plant now for

Hey Gresham folks! Do you want more trees in your

It's Saturday! Which means we are planting, of cou

Yesterday, we partnered with @depavepdx on a plant

From the edge of the Columbia Gorge to the farmlan

"Without all of you, we’re just a pile of trees

Wow, what a weekend ahead! We have events tomorrow

Our volunteers are awesome! We have a bunch of gre

It's not just what we plant, it's where. We want t

What a great start to the year! Huge thanks to all

After we plant a tree, we don't just wash our hand

We have been awed by the generosity in support of

It's a new year, but we are smack in the middle of

Happy New Year! We want to start 2022 by thanking

Thank you for standing with us in 2021. If you wan

It's the last @giveguide Big Give Day of the year!

Hey Salem folks! Want to start the New Year by get